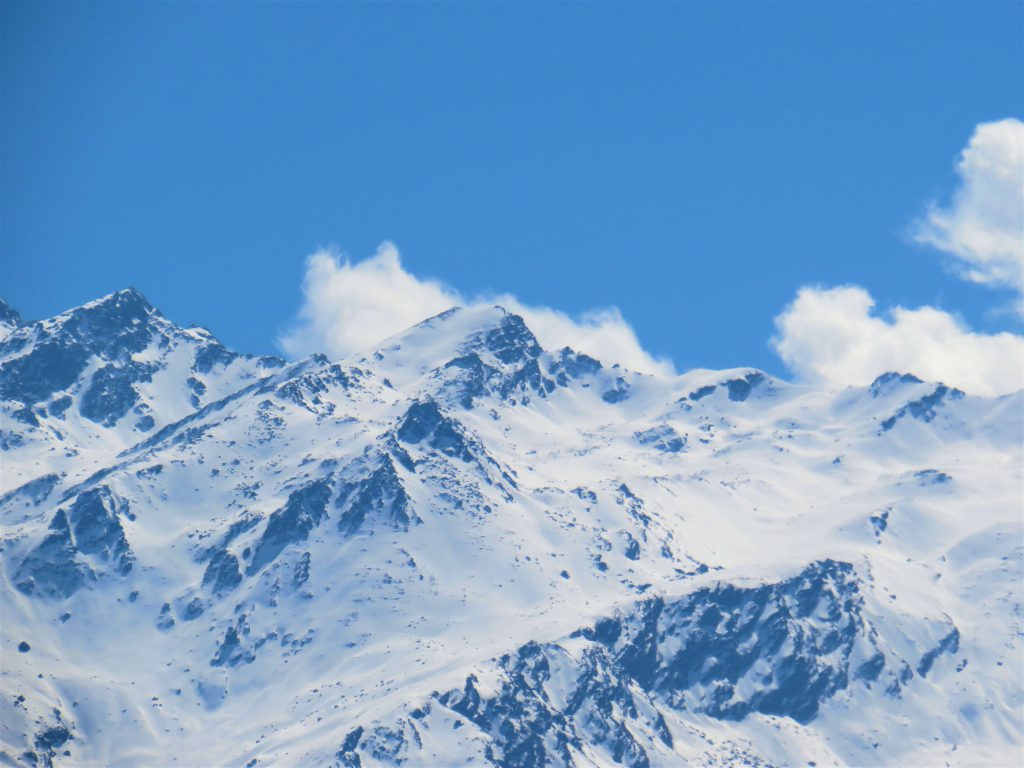 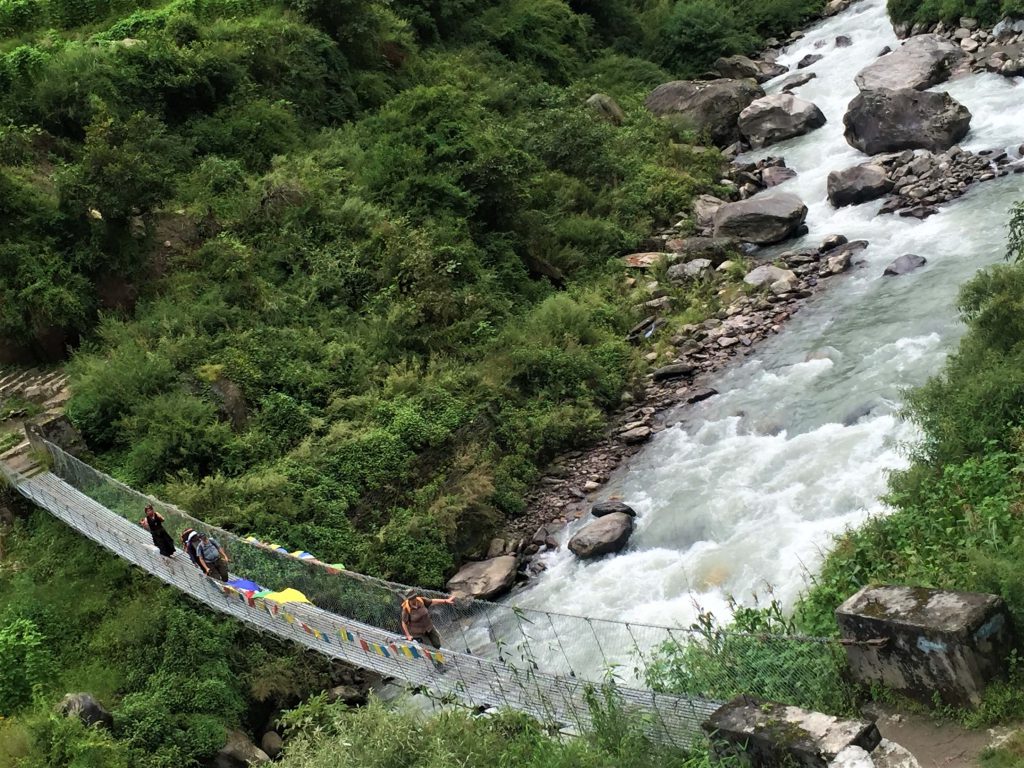 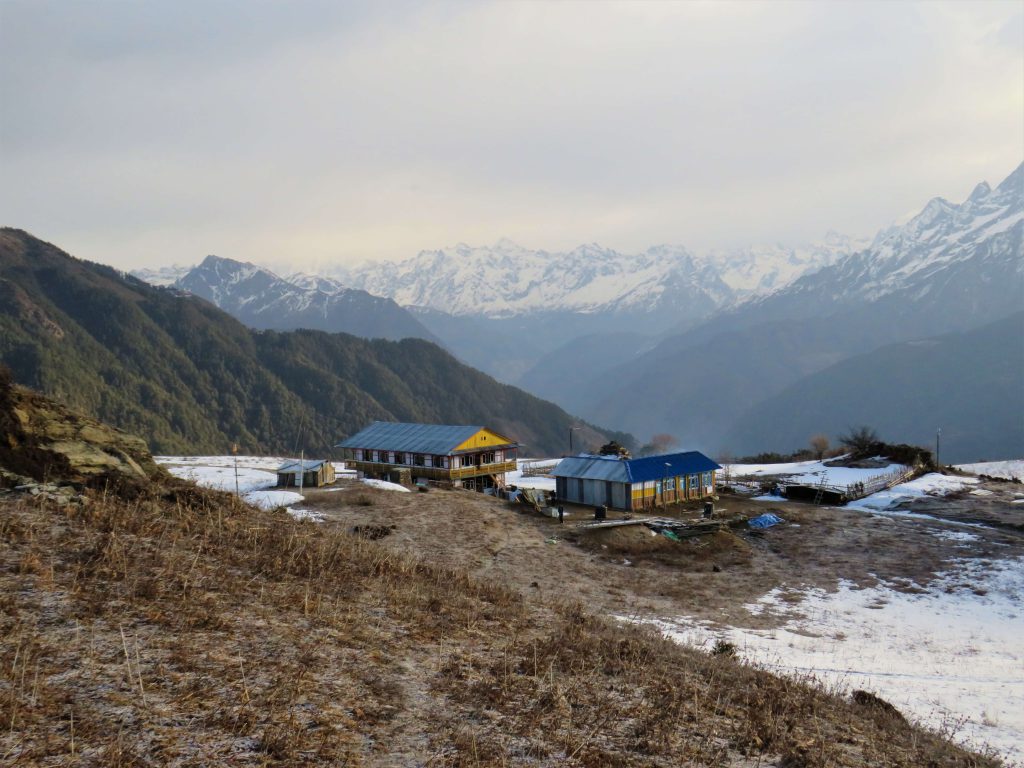 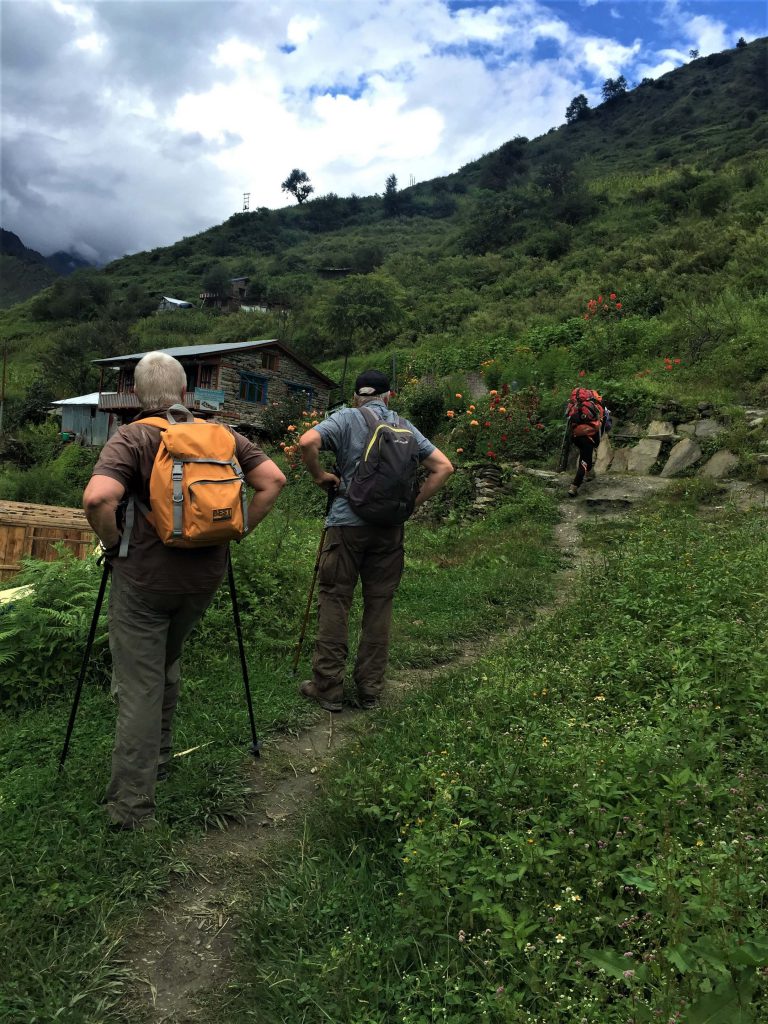 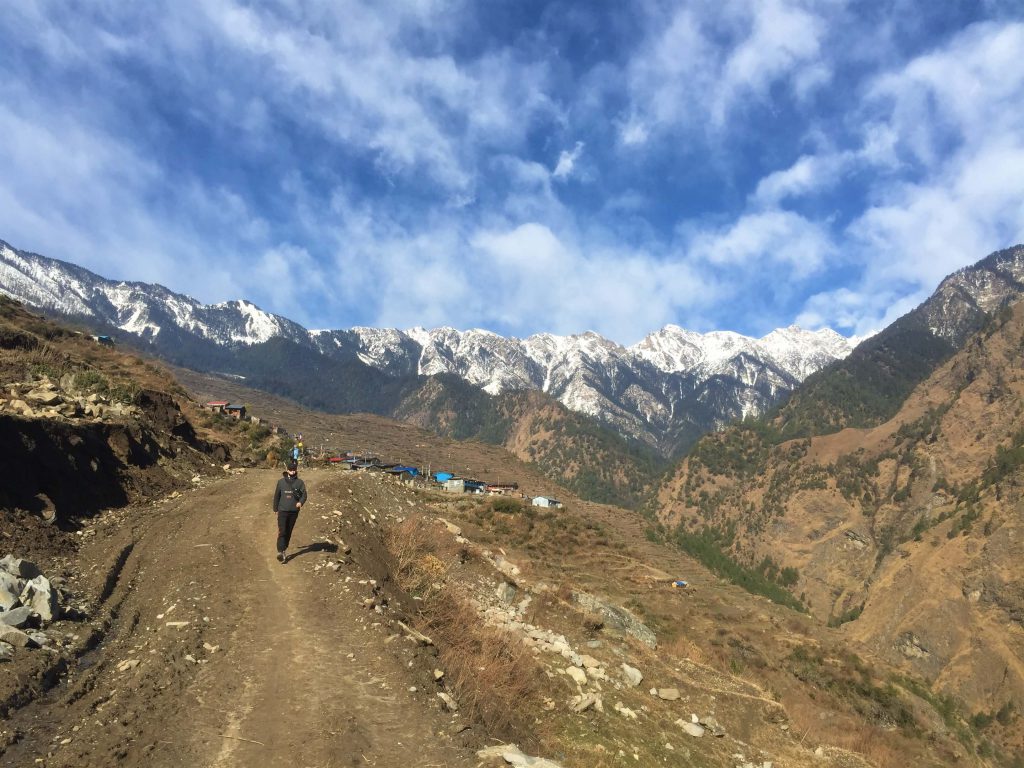 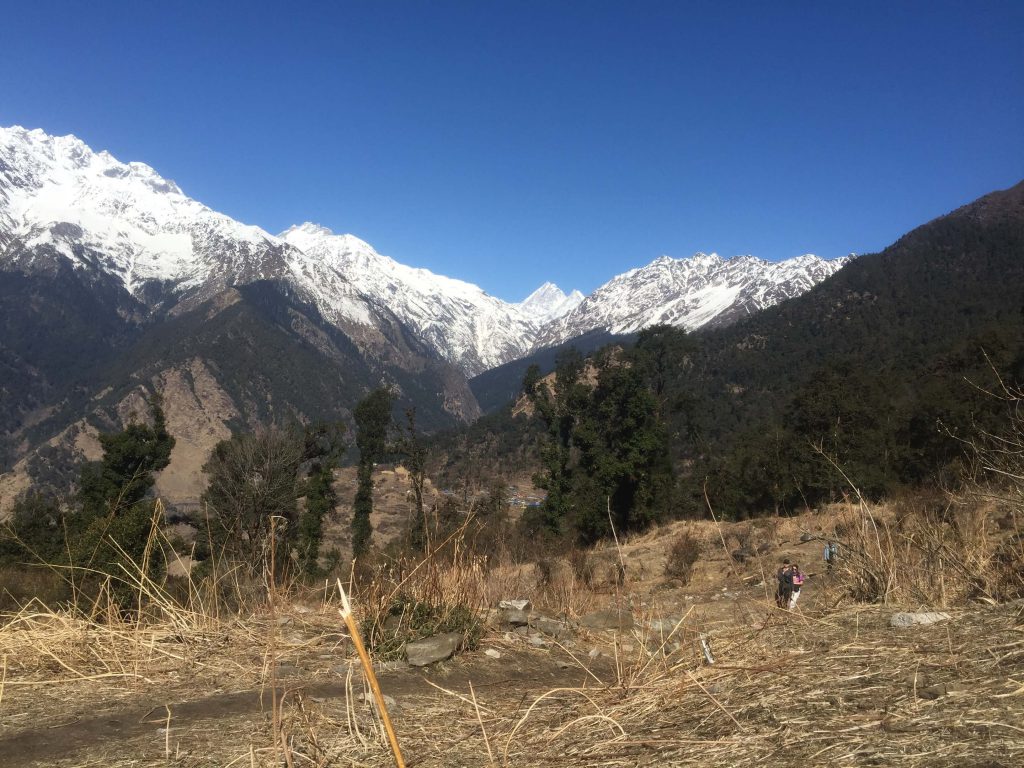 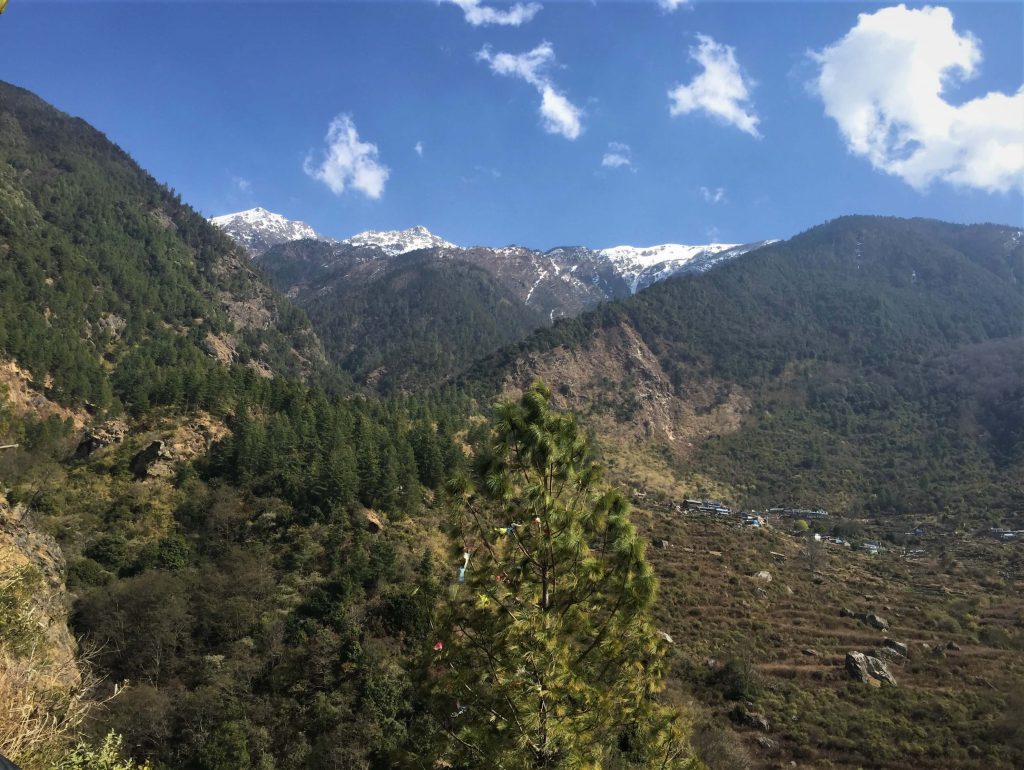 The Tamang Heritage Trail is a long distance trekking through the border area with Tibet. You hike in the area between the Ganesh Himal (7429m) and the Langtang Langtang Himal (7234m) near the more famous valley of Langtang. It offers you a beautiful insight into the daily life of the local Tamang people.

Especially living in the high foothills of the Himalayas, they survive mainly through agriculture, more recently also through tourism.

The Tamangs are said to have come from Tibet, and settled in Nepal 3000 years ago. As the largest ethnic group in Nepal they have their own culture, traditions, language, religion and social system. The Tamang people follow a form of Tibetan Buddhism, speak a language derived from Tibetan and their culture is almost identical to that of Tibet.

Let yourself be inspired by this trip. You can adjust the trip to your individual preferences and wishes.

Namaste and welcome to Nepal.

At the airport you will be welcomed by one of our employees. He has a sign with our logo. This way you will find each other when you leave the airport without any problems.

After a warm welcome a private driver will bring you by car to your accommodation in Patan.

It depends on your time of arrival in Kathmandu whether you still have free time to go out. Explore the lively old part of Kathmandu (streets of Asan) with nice markets and colourful temples and stupas.

During a short `meet & greet` with Maaike and/or Chuda you will get useful tips and can ask questions. You will also meet your guide for the next few days who will brief you on the trekking.

You will stay in a standard hotel in Kathmandu.

Today you will travel by jeep with your guide and porters to the starting point of the trekking. You will drive in a northwesterly direction out of the Kathmandu valley.

During the 7 hour drive you can enjoy the view of the Himalayas along the way. You will also pass small villages and terraced fields with rice and other crops.

You will spend the night in a teahouse in Syabrubesi.

Today your trekking starts in the beautiful Langtang area. You will hike into the mountains and go up towards the village Goljung. Along the way you will enjoy the view of the Ganesh Himal, Shishapangma and the Langtang Lirung which are becoming more and more visible to you. Once on the hill, the climb becomes less steep.

Your final destination for today is Gatlang, a small Tamang village with traditional stone houses. You will be welcomed with a Khada (white scarf). After dinner you can have a glass of homemade wine while watching the traditional Tamang dances. These are still an important part of the Tamang culture.

You will spend the night in a community lodge in Gatlang.

After a beautiful sunrise you get ready for the longest hiking day of your trekking. The trekking starts with a descending tour of many beautiful stupas until you arrive in Thangbuchet (near the village of Chilime) at the Bhotekoshi River.

After lunch you will cross the bridge, pass the Chilime Hydropower dam and then climb up to Tatopani. You will pass many villages and green hills.

Did you know that 'tato pani' is the Nepali word for hot water? Before the earthquake of 2015 there was a hot spring in Tatopani where you could relax for a while. Unfortunately it is no longer there.

You will spend the night in a community lodge in Tatopani.

The highest mountain pass of the trekking awaits you today! You will ascend to Nagthali Danda (approx. 3.300m), where you will be treated to a breathtaking panoramic view of the snow-capped mountains of the Himalayas. You will see the Langtang himal, Tibet Himal, Sisapangma, Shangjen Himal, Paldor peak etc.

After lunch in the Tibetan looking village of Brimdang the trekking continues through the forest to Nagthali Ghyang (3165m) where you will stay today.

You will stay in a community lodge in Nagthali.

Day you're up early and walk to the Taruche View Point. From here you have a beautiful panoramic view of the Himalayas, see the border with Tibet and also some Tibetan villages.

Afterwards you will go further down through the forest to Thuman, a small village inhabited by the Tibetan influenced Tamangs, friendly people who love to sing and dance.

You will spend the night in a community lodge in Thuman.

You return to the other side of the mountains, where you can experience the village life of Briddim. The inhabitants of Briddim are direct descendants of ancient Tibetan immigrants, so the culture and traditions are close to those of the Tibetans.

You will get the chance to get to know the Tamang better by staying at their home.

You will spend the night in a homestay in Briddim.

Today is the last day of trekking. The path leads you down through villages and terraced fields. The last part of the path you climb up a bit, until you arrive in Syabrubesi.

After lunch you walk on to the small village of Gre, where you spend the night in the house of the community homestay.

You spend the night in a homestay in Gré.

Today you will go back to Kathmandu by jeep with your guide and porter. This ride will again pass villages and rice fields.

You will spend the night in a standard hotel in Kathmandu.

The end of your journey is in sight. Depending on your flight time, you may still have some time to score some souvenirs or discover some nice places.

At least 3 hours before the departure time of your flight, you will be picked up at the reception of your accommodation. The driver will take you to the airport.

We hope that you'll bring home a lot of unforgettable memories!

13 Days
This short Sherpa Culture trek along the Everest Trail is an ideal way to get to know the life of the Sherpa people. First, you...
View Details
Available through out the year:

12 Days
The Sailung trek, following the Indigenous People Trail, takes you through the pristine Dolakha region located six hours drive from Kathmandu. This beautiful district lies...
View Details
Available through out the year:

11 Days
This short trek is an ideal way to explore the area around Pokhara. Moreover, it is a perfect trek for those who have little time...
View Details
Available through out the year: 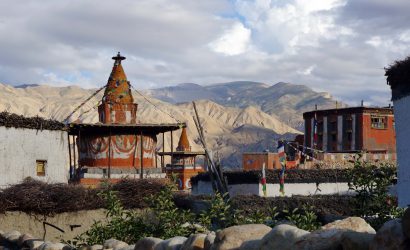 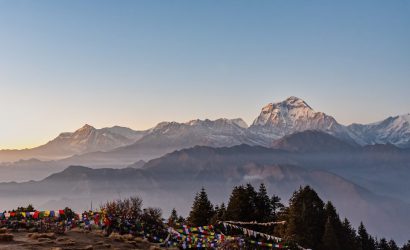 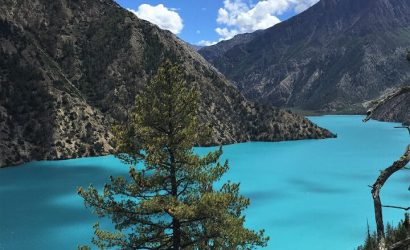 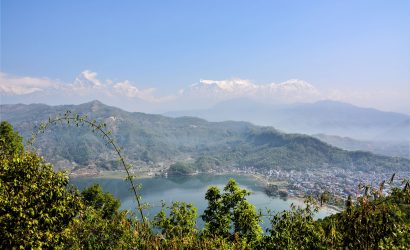 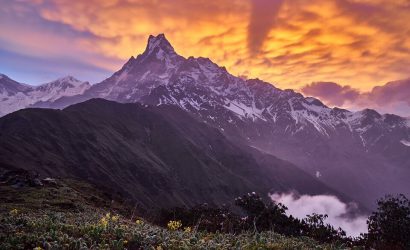 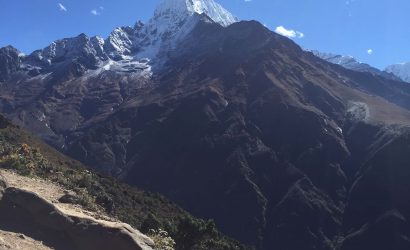